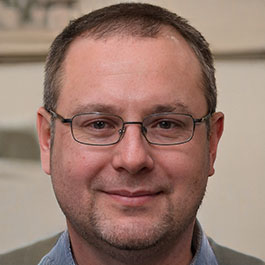 Hello, I’m William Rymer, a cannabis expert, and enthusiast from Southern California. I work with small CBD businesses and publications, like this one, to get the word out about the life-changing products that have become available in the modern era. Some of my interests outside of CBD include gardening, cooking, and combining the two. I always include something from my vegetable garden in my family’s dinner.

My parents opened a medical marijuana dispensary in Orange County while I was growing up, so I became interested in cannabis at an early age, but not in the way most people do! Instead of viewing it as an illicit substance used by rebellious young people, I always saw it for what it is: a useful product that can be applied to many situations. I was interested in the science, the medicine, and even the business of cannabis.

Once I was old enough, I helped my parents out with their dispensary, and I learned a lot about the cannabis industry from them. I learned about how their business worked, how they started it, and how they hoped to expand in the future. They were surprised by my interest and impressed with how quickly I learned. I think they wondered if I would take over the family business someday, but I always knew that I wanted to direct my focus towards one or two particular cannabinoids.

When I heard about Charlotte Figi’s story in 2013, I became inspired to learn more about CBD and get involved with it. Several important figures in my life (including my childhood best friend and my dog) had seizure disorders, although not Dravet syndrome, the disorder Charlotte had, and I thought CBD might be able to help them. I kept up with every new study and announcement on CBD, especially as it related to seizures and other neurological disorders. Eventually, I realized that I could use this knowledge to help people in the cannabis industry reach some of the customers who could benefit the most from using CBD products.

My main goal now is to spread awareness about the use of CBD for neurological problems. If I do take over my parents’ dispensary someday, I expect to take it in a more CBD-centric direction.

I work with sites like this one because I want to make the uses and mechanisms of CBD easy for anyone to understand. I hope that, in this way, I can help people suffering from neurological problems, and their loved ones, find effective alternative treatments.

All posts of William Rymer

CBD for Dogs with Anxiety
CBD Oil for Dogs

How to use CBD?
CBD Blog

Where Can I Buy CBD Oil? CBD Oil Near Me
CBD Blog

Does CBD Show Up on a Drug Test?
CBD Blog